Blacktail, A Bar With 40 Flavors From Cuba In The Heart Of New York

Blacktail, A Bar With 40 Flavors From Cuba In The Heart Of New York

Blacktail, a Cuban style cocktail bar has become a must visit destination in New York for lovers of the best tropical drinks.Part speakeasy, part time capsule, this watering hole is the most unique bar to emerge on the southern tip of Manhattan. Brought to you by the creators of one of New York City’s most famed libation lairs, The Dead Rabbit, Blacktail resides in Battery Park, a redeveloping neighborhood in lower Manhattan. 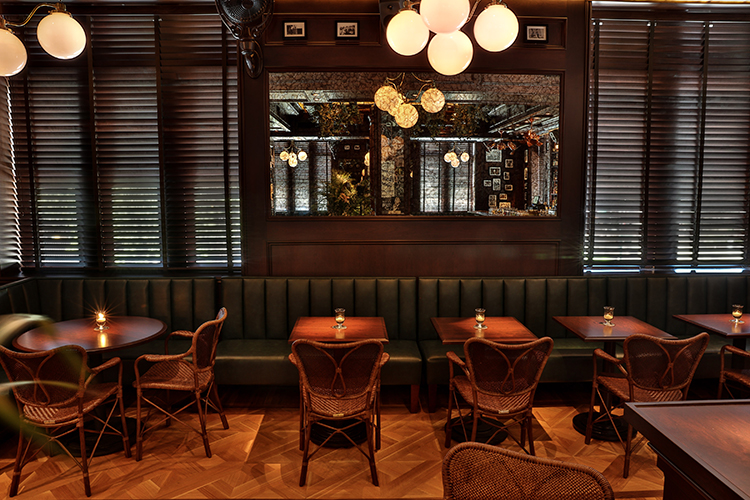 Blacktail is a Cuban-theme cocktail bar and restaurant. The bar inherited its name from the airline that would jet passengers to and from Havana for a quick jaunt during the Prohibition, Aeromarine Airways. The fleet’s tail fins were painted black, distinguishing them from other airlines and lending to its nickname: Blacktail.

Situated on the second floor of the Pier A Harbor House overlooking the water, this addition to Battery Park is a cocktilian’s dream come true. According to a New York Times article, “Blacktail is meant to suggest what an American bar in Havana may have been like during Prohibition, when Americans flocked to Cuba in search of liquid refreshment denied them (legally, anyway) in their own country.” Vern Evans’ photographs of pre-revolutionary Cuba adorn the walls of the establishment. Blacktail is a piece of Cuban history in New York’s Battery Park.

These days, Americans are looking to flock to Cuba for more than cocktails, but they’ll be able to stay in the country to get a true sense of Cuban nostalgia. Staying authentic to the theme, brass name plates with the names of well-known Cuban visitors and once-residents like Ernest Hemingway, Al Capone and Alec Guinness adorn the seats at the bar. American photographer, Vern Evans, also has his work displayed: depicting the scenes of Cuba he’s captured over the span of his career.

But if you think you’re coming in for just a traditional Mojito or a Cuba Libre, think again!

The Blacktail team has created more than 40 craft cocktails with stunning flavor profiles making you feel like you should be donning your Guayabera under tropical palms that shade you from the Island sun. This very special menu was curated by Dead Rabbit’s head bartender, Jillian Vose, along with a team of cocktail specialists from Blacktail’s sister joint. But don’t count on Havana Rum being blended into your beverage, the signature Cuban spirit is not legally obtainable in the US. Instead, these master mixologists have developed the “Blacktail blend” as a substitute. Jack McGarry, managing partner of Blacktail, shared with the New York Times how he wanted his customers to be brought back to the days of pre-Castro Cuba, but also wanted to include ingredients that would put a fresh, modern spin on classic creations. “The key focus for us was that the integrity of the classic drinks would be preserved,” McGarry said. “But we also added other ingredients to bring them into the 21st century.”

Blacktail brings a new dynamic to the burgeoning Battery Park area, and is a must for those looking for a refreshing and tantalizing taste of the tropics. ■

The Best Cocktail Bars in the World