Acqua di Parma was the first men’s cologne made in Italy, and it has been worn by some of the world’s most elegant men of the 20th century. Today, with over 100 years of existence, its subtle, fresh fragrance continues to seduce the sophisticated, demanding and renovated male audience.

A subtle and discreet touch of class

Early in the last century, Italian artisan tailors began to be regarded as paradigms of male elegance, thanks to a delicate blend of exquisite fabrics, a perfect cut and an almost obsessive attention to detail. 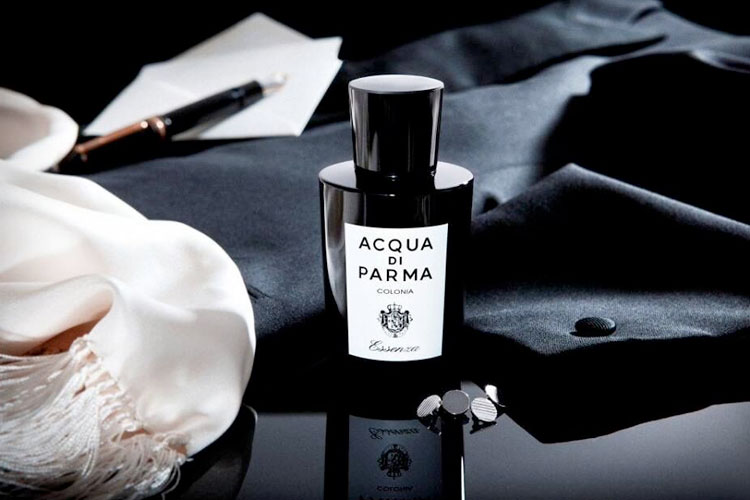 The master tailors added—as a touch of distinction—a subtle hint of cologne to the fabric of each suit before handing it to the owner. With time—and to this day—that practice has become a style closely associated with the highest quality textiles and Italian perfumes.

The charming story of a symbol

The story begins in 1916 in the ancient city of Parma, Italy. At that time, the prevailing men’s perfumes were cumbersome and intense, typical of the German perfume industry. The need to personalize the rising Italian style inspired the creation of a new fragrance, different, fresh and agile, more akin to the emerging Latin style and Italian personality. Thus was born Acqua di Parma, the first Italian cologne for men. Carefully handcrafted with natural elements, its composition has remained unchanged over time.

In the 1930s, they debut the unmistakable Art Deco bottle that identifies the product worldwide. However, it was the film industry, with the help of the great masters of Italian cinema, which gave this cologne global momentum. Famous movie stars from Hollywood filming in Italy were soon captivated by the elegant Italian style of dressing which they adopted along with the fragrance Acqua di Parma. 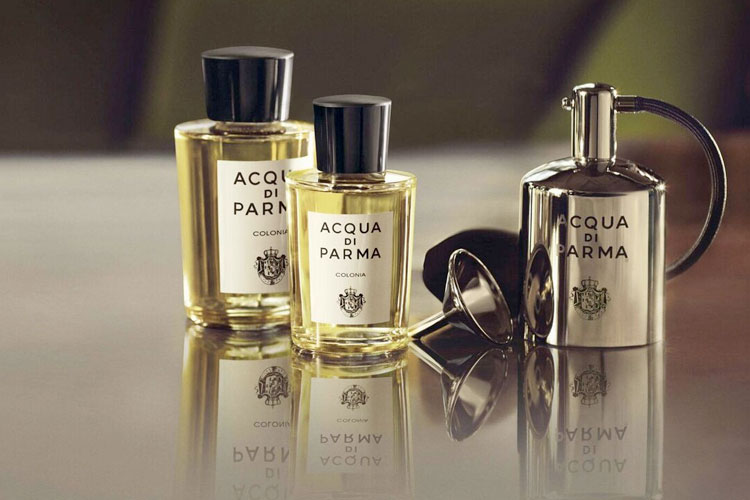 The first Acqua di Parma store opened in Milan in the late 20th century, and after that, the product began to expand its presence into the most exclusive shops worldwide.

Aqua di Parma has become the expression of subtle and personal luxury, both traditional and contemporary. It is defined by the delicate aroma, as well as the selection of ingredients, the expert manufacturing and the refinement of the hand-finished details of the containers that still follow traditions of artisanal craftsmanship.

The packaging is still done by hand, and each label is carefully applied to the bottle. The beautiful cylindrical boxes are also handmade and are embellished with an embossed royal coat of arms. The paper is the characteristic Parma yellow, the same color that characterizes the facades of the finest buildings of this city.

Acqua di Parma is well known for being an expression of personal luxury, while mixing traditional and contemporary concepts into one. This is defined by subtle details, recognizable only by connoisseurs, such as the selection of ingredients mixed with artisan traditions. The packaging, for example, is still made by hand, and the label is applied to each bottle manually as part of its focus on attention to detail. The beautiful cylindrical boxes are also handcrafted and embellished with a manual embossing (dry stamping) on ​​which the royal crest is printed. The label’s paper has the characteristic parma yellow color, the same color that has characterized the facades of the city’s most elegant buildings since 1700. ■

Salon de Parfums: An Innovative Concept for Perfumes of the Highest Quality