The Cranford Collection Comes to Madrid

The Cranford Collection Comes to Madrid

A selection of 92 works by 26 artists from this private collection leaves England for the first time to visit the exhibition space of the Santander Bank in Madrid.

The title of the exhibition, Out of the House, refers to the fact that the collection will be out of the residence of its owners, Muriel and Freddy Salem, where up to now it has been shown exclusively to their family and friends. However, since February 8th it has been shared by both, the owners and the Spanish public.

In her inaugural speech Muriel Salem, owner and curator of the collection, said: “When Paloma Botín O’Shea (daughter of the Chairman of Banco Santander, Emilio Botín) visited my house in London two years ago, it never occurred to me that her visit would take us to exhibit the works of the collection in the Sala de Arte Santander, especially after having hosted three illustrious collections”. Out of the House is an extraordinary opportunity to view the best examples of English and German art from the 1980s to the present, although paradoxically the exhibition opens and closes with two works by French artist Pierre Huyghe. The first is an ode to the importance of art ownership, a large black panel that covers an entire wall, in whose center appears, in neon letters, the following message: “I do not own Snow White”. It is a reflection on the notion of ownership that asks the questions: who really owns a work of art? Is it the author or the viewer? This work by Huyghe marks a clear distinction from the onset of the exhibit, which never ceases to amaze us as we move forward through this exciting space. The British artists included in Out of the House were born around the 1960s, and their work draws on the pillars of classical painting and sculpture, altered until they reach abstraction, to express the effects of their generation and the geography of the planet. The winner of the 1995 Turner Prize, Damien Hirst, surprises with large diptychs created with butterflies, flies, resin and domestic varnish on canvas. Rebecca Warren, who still lives and works in London, is famous for her clay sculptures that depict the female human body transformed into an object of fetish or invaded by amorphous, caricatured lumps. Gary Hume, a close friend of Hirst, is known for his glossy paintings on aluminum or wood panels. The Doors Series, which can be seen throughout the exhibition, is the most popular form this artist, who created more than 50 real-size paintings of doors. 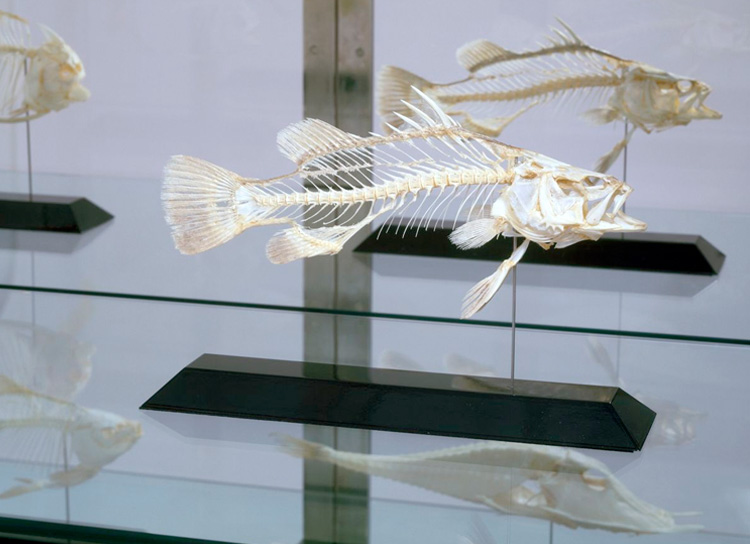 DAMIEN HIRST. Something or Nothing, 2004.

Paul Noble, present at the inauguration, told us about the source of his inspiration from an early age. “I was born in the North of England and was brought up in Dilston, a coastal town. Every morning I looked at the sunrises with amazement. Watching them fascinated me. That was the first instinct that pushed me to want to communicate with the world through images”. Since then, paper and graphite became his best allies. His series Nobson Newton was nominated for the 2012 Turner Prize. The End of Nob and The Cesspool of Nob are two of his creations that delve into the world of dreams, surrealism, myth and the dual nature of each of the present elements. Paul Noble clings to contrast through irony and wit. And that is why, until now, no one has drawn so much life out of a cemetery or a seemingly inert brick wall. The German artists, on the other hand, allow us to travel from black and white to the colorful and vivid brushstrokes of Martin Kippenberger and Albert Oehlen, the wit and humor of the postwar, represented by Rosemarie Trockel, and the interactive movement of the sculptures created by the Austrian Franz West.

The Salem family, in collaboration with the independent curator Andrew Renton, founded the Cranford Collection in 1999. For more than 12 years the couple has been acquiring paintings, photographs, installations, videos and drawings that today comprise a fundamental part of Europe’s artistic heritage. Their residence in England became a “domestic exhibition center” in 2005. Eight years later, and by request of Banco Santander Foundation, the owners have decided that Spain also deserved to enjoy this extraordinary collection. The public will be able view these contemporary treasures until June 2013, when the collection will return to its place of origin. ■